The Benefits of Being a Trailblazer in Accounting 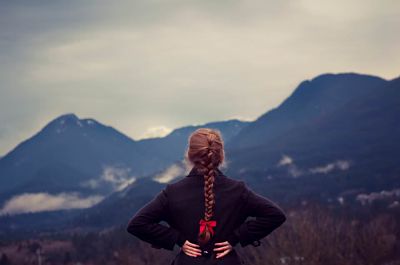 Talented professionals — and the knowledge, passion and dedication they bring to the job — are the lifeblood of any CPA firm or corporate accounting team. For that reason, the AICPA proactively promotes the many benefits of the CPA profession and provides firms and companies with tools that will enhance their recruitment and retention efforts. While interest in the profession is strong, work still needs to be done in some areas, including the recruitment and retention of women and minorities. Although 44% of the accounting profession is female, only 19% of CPA firm partners are women, according to the AICPA’s 2013 Trends in the Supply of Accounting Graduates and the Demand for Public Accounting Recruits study. At the same time, more than one-third of the U.S. population belongs to a minority group, but minorities make up only 10% of the accounting profession. Yet a diverse workforce ensures we have the brightest professionals from the deepest possible talent pool and that we benefit from connections and perspectives that could offer firms and organizations a tremendous competitive advantage.

Continue reading "The Benefits of Being a Trailblazer in Accounting" »

The Evolution of Corporate Reporting: A Shift to Value Non-Financial Information 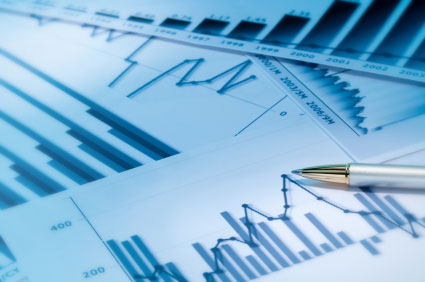 When I tell people that I work on improving the relevance of corporate reporting, I often get asked about the value of reporting on non-financial information. I remind them that not all aspects of a company’s value can be ascertained from historical financial statements, which is why it’s important to consider a company’s intellectual, human, natural and social and relationship capital in addition to its financial and manufactured capital. In recent years, there has been a shift as investors and other users of corporate reports are beginning to consider more than just financial statements in their evaluations.

Continue reading "The Evolution of Corporate Reporting: A Shift to Value Non-Financial Information" »

Audit Quality: The Profession Benefits from Every CPA’s Contribution 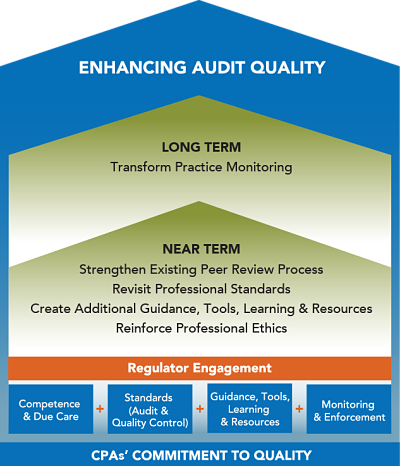 When I was in public practice, I audited both small and large entities, in both the public and private markets. Regardless of the client’s size or its stakeholders, the success of an audit depends on the dedicated efforts of numerous professionals. One or two people may oversee an engagement and chart its course, but its ultimate quality reflects each individual’s contribution and how well the team pulls together to maintain high standards. In essence, everyone has to step up to make sure the team succeeds.

The AICPA recently launched its own team effort: the Enhancing Audit Quality initiative. AICPA President and CEO Barry Melancon describes in his recent blog post how this comprehensive, integrated effort is looking at every area that impacts the quality of private entity financial statement audits. (When we talk about private entities, we are referring to all non-SEC registrants, including not-for-profit organizations, employee benefit plans and governmental entities.)

ACA: A Maze of Rules and Reporting Requirements 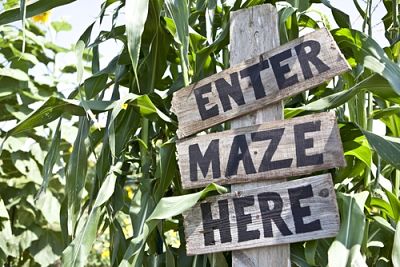 My daughter, her fiancé and I were recently looking for something fun to do in Washington, D.C.  As we were poking around, we found a special attraction at the National Building Museum – a maze.

When we took our first steps into the maze, we felt excited but a little apprehensive. We knew there would be twists and turns to weave through. We wondered, would it be easy to navigate or would we get lost in a sea of offshoots and dead ends? But as we made our way through, apprehension gave way to pure fun!

Continue reading "ACA: A Maze of Rules and Reporting Requirements" »

Ethics, Legality and the Role of the Management Accountant

Ethics is on the agenda at the 2014 World Congress of Accountants this November, a good reminder of the global nature of this subject. Every day, accountants in both business and public practice face challenges that require ethical decision-making. At the same time, they must adapt to a changing regulatory landscape, cooperate with government agencies, and respond to legislation on fraud and corruption.

A solid foundation in ethics helps them prepare for the next critical decision. For AICPA and Chartered Institute of Management Accountants members, that foundation has several layers. Each organization’s members must abide by their respective codes of ethics, and, in many cases, licensed CPAs must also follow the ethical standards required by state boards of accountancy. Additionally, all professional accountants working in public practice or in business are required to follow the International Ethics Standards Board for Accountants’ Code of Ethics.

To help CGMA designation holders navigate ethical issues and respond in a manner that upholds their professional standards, a collection of ethics resources can be found on CGMA.org, including this CGMA video exploring ethical conduct.

Continue reading "Ethics, Legality and the Role of the Management Accountant" »

In the News: CPA Award Season

Each year, the AICPA honors our members and other key stakeholders for their contributions to the accounting profession.

In this post, I’ve highlighted a number of recent awards and the impressive contributions of those who have earned them.

Michigan Governor Rick Snyder, CPA, was honored with the Outstanding CPA in Government Impact Award: State Level. The award recognizes CPAs working in state government who have contributed significantly to increased efficiency and effectiveness of government organizations and to the growth and enhancement of the CPA profession.

To lessen the financial difficulties Michigan was going through, Governor Snyder infused his administration with a sense of urgency, saying he wanted to accomplish four years of policy reforms in his first year and then maintain that pace. Under Governor Snyder's leadership, Michigan has eliminated its $1.5 billion structural deficit and produced three balanced budgets. Read more in this CPA Practice Advisor article. 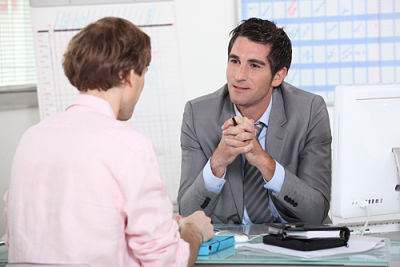 As public accounting is a competitive industry, CPA firms have the luxury of being selective and only hiring the best and brightest. Many firms host early identification programs, which typically take place in the summer and are geared toward freshman, sophomore and junior accounting majors working toward 150 credits. Most firms call them “leadership programs.” These programs typically last one to three days and serve to build relationships early with the top students and hire as interns and then into full-time hires.

So, how can students participate?

How to Be a Collaborator

Indira Gandhi once said, “I suppose that leadership at one time meant muscle; but today it means getting along with people.”

Despite being the first female Prime Minister of India and an extremely influential figure in world history, those close to Gandhi say she felt uncomfortable around educated people because of her own lack of schooling. Despite her persona as a commander, she constantly had to pull from her inner strength and circle of confidants to establish herself outwardly as a leader.

What I draw from this is that leadership and role-modeling in any situation means action, not position. How friends, colleagues, and others perceive us should be centered in our ability to gather the appropriate input to make sound decisions, rather than our need to rely on where we fall in the relationship. However, because of the role modeling we’ve experienced and become conditioned to throughout our lives, many of us think we have to emulate the role of the leader—always decisive and always in control.

If I’m not perceived as a leader and enter into a collaborative situation, I may come across as weak. While that may be the general belief, is it accurate?

Continue reading "How to Be a Collaborator" »

3 Tools for Improving Efficiency and Effectiveness 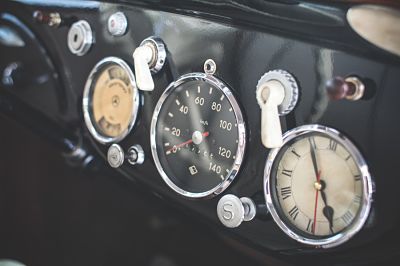 How finance takes on this broader role in serving the business in the future has implications for the types of skills needed and the development of those skills. Management accountants can get an in-depth look at these skills, and assess where they stand by using the CGMA Competency Framework. The framework is designed for CGMA designation holders, but is unlocked on CGMA.org and available for download and use by all finance professionals, their employers, HR professionals and educators.