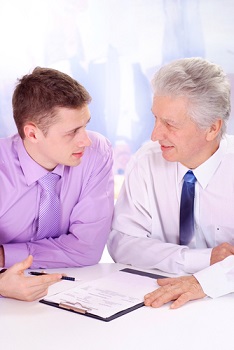 As a result, these groups will likely work side by side for the foreseeable future. Because of this, it is critical for Baby Boomers and Millennial CPAs to find common ground in order for their organizations to succeed. One key to developing a strong relationship is focusing less on differences and more on understanding each other’s unique skill sets.

But, perhaps there’s something even more important than that—understanding the motives behind why each group does what it does.

For instance, Baby Boomers may be aware that many Millennials are delaying marriage, and believe it is primarily because attitudes have changed. However, 34 percent of Millennials say financial reasons are  holding them back. Additionally, most Baby Boomers are aware that many Millennials carry a heavy student debt load. But they may not realize college tuition and fees have increased 559 percent since 1985, making it nearly impossible for most students to fund their education without assistance. No dessert is more time and energy intensive than ice cream hand cranked in an old fashioned, salt-lined churner. When you’re making it at home using this method, a gallon of ice cream is an all-day event made with love and a small gang of helpers. Now, imagine producing more than 12 million gallons. Those making ice cream on such a large scale have a number of additional variables to consider and may choose to incorporate sustainable practices into their business model.

Many companies are embracing the triple bottom line. Rather than solely focusing on financial information, organizations committed to sustainability are taking social and environmental aspects into account as well. Under this model, success is not only defined by a business’s annual profit. The well-being of employees, the environmental impact of the company’s activities and contributions to the community are also part of the overall equation representing the organization’s value. 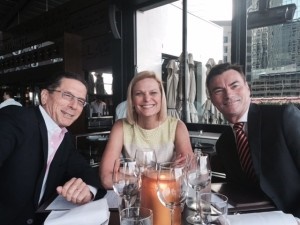 In my eight months as chair of the AICPA Board of Directors, I’ve done a lot of travel and gained perspective on the size of our country and our planet. But beyond that, I’ve learned how business is becoming much more interconnected and how CPAs fit into a broader business ecosystem made up of other professions, clients and stakeholders. A recent trip to the other side of the world showed me just how connected our profession really is and made me optimistic about its prospects for the future.

After traveling to the World Congress of Accountants in November and countless domestic trips since, I found myself back aboard an airplane in February for a whirlwind journey to Sydney, Australia and Auckland, New Zealand, for meetings with CPA Australia and the Chartered Accountants Australia/New Zealand, respectively. 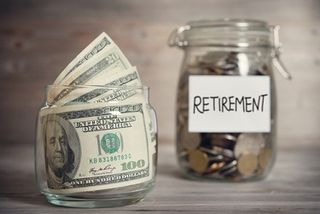 Rich or not-so-rich, running out of money in retirement is a major concern for 57% of clients, according to results of the inaugural quarterly AICPA Personal Financial Planning Trends Survey. Initiated by the AICPA’s PFP Division, the new survey seeks regular insights from CPA financial planners, provides valuable feedback on client emotions related to finances and the future, and helps trusted advisors understand where their expertise can best address client concerns.

High levels of concern over adequate retirement funding, as indicated by the first quarter 2015 survey, suggest demand is up for retirement peace of mind--a priceless service that CPAs offering personal financial planning services are uniquely qualified to provide.

A Simple Formula to Be More Innovative 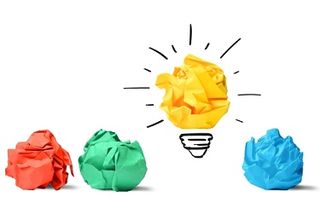 While companies that most effectively use disruptive technology continue to make headlines -- and profit -- many organizations have a heightened interest in innovation. Their staff are being asked to focus on future growth opportunities rather than defending the status quo; embrace failure through small and quick learning experiments; and reinvent business models to create value for their customers and themselves.

My colleagues and I on the AICPA’s Innovation team seek to drive member value by encouraging staff to work collaboratively to convert ideas into new services. We’re here to help foster a culture of innovation across the profession.

Continue reading "A Simple Formula to Be More Innovative" » 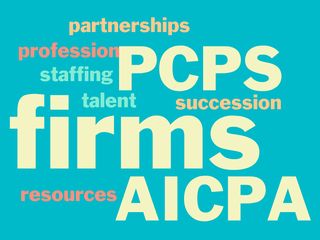 Throughout the year, I talk with practitioners from around the country to understand their pain points. They’re often relieved to hear that other firms are grappling with similar issues and the challenges they face are among the top concerns for the profession as a whole. These discussions help inspire the solutions my team -- the AICPA Private Companies Practice Section (PCPS) -- creates for our firm members. Another important source of information for practitioners and the AICPA is the PCPS 2015 CPA Firm Top Issues Survey, which gathers information from practitioners nationwide to identify the concerns at the top of firm leaders’ agendas.

Helping Your Clients in a Difficult Time: The Tax Treatment for Alzheimer’s 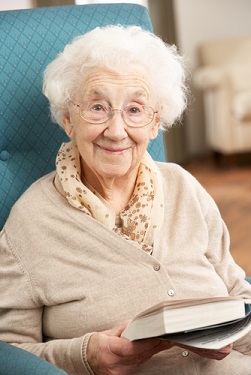 Many CPA financial planners have had the heartbreaking experience of seeing a client, or a client’s loved one, end up in an assisted living, skilled nursing or memory care facility due to cognitive decline. Although this is a difficult time for the patient’s family, CPA planners and tax practitioners are in a unique position to help them understand the tax treatment and possible deductions for expenses incurred at these facilities.

Alzheimer’s, a type of dementia and a degenerative disease that leads to death, is one of the most common examples of cognitive decline. At advanced stages, the patient can no longer live safely on his or her own, and may have to move into a care facility. If certain conditions are met, the cost of living at the facility, including room and board, is deductible as a healthcare expense. For those aged 65 and older, medical expenses must exceed 7.5% of adjusted gross income in 2015 and 2016 in order to be deductible. The threshold increases to 10% in 2017.

According to IRS Publication 502, qualified long-term care services include “… maintenance and personal care services that are 1) required by a chronically ill individual, and 2) provided pursuant to a plan of care prescribed by a licensed healthcare practitioner.”

Continue reading "Helping Your Clients in a Difficult Time: The Tax Treatment for Alzheimer’s" »

A Key Step that ID Theft Victims May Overlook 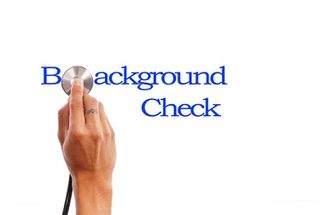 This year, taxpayer identity theft took a maliciously clever turn: phony tax returns were filed that looked very much like the taxpayers’ previous years’ returns. Standard pattern deviation software would not catch this type of filing. How could this happen?

It turns out that rather than just using stolen names, birthdates, street addresses and Social Security information to file tax returns with made-up numbers, criminals used the stolen information to access the taxpayers’ previous returns to make up believable numbers to file for tax refunds. The criminals were successful in about 100,000 out of approximately 200,000 attempts to acquire taxpayer information on the Get Transcript section of the IRS website, which requires other personal verification questions that only the taxpayer is supposed to know.

Tax Reform Fatigue Got You Down? 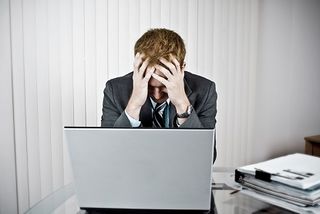 FINALLY! This is the year that we get tax reform done. More than 26 years since the last tax reform, the stars are finally aligned: the Democrats and Republicans in Congress and the Administration all agree the tax code is too complex and needs to be fixed. Oh wait, that was 2012, and surprisingly (not) tax reform did not happen, but Washington will get it done in 2013. No, of course that did not happen either. Clearly tax reform would not happen in 2014 because it was a mid-term election year, but just wait until 2015, that will be the year for comprehensive tax reform, because after all, we now have one party leading both houses of Congress. OK, maybe not comprehensive reform in 2015, but you just wait until 2017…that will be the year!

Continue reading "Tax Reform Fatigue Got You Down?" »

The Q3/Q4 2015 score release timetable is now available. Score release timelines are updated biannually on AICPA Insights and on the CPA Exam website. For more information about score release and the scoring process, please visit the Psychometrics and Scoring page.

The National Association of State Boards of Accountancy releases the scores to candidates and state boards of accountancy based upon the target score release dates listed in the tables below.

Like many of you, my background is in auditing. We launched our careers playing a vital role on an audit team. From those early days, with every engagement, we gained increased confidence in this complex discipline. We developed the understanding that our exemplary abilities to perform the audit are fundamental to the public’s trust in our profession.

In recent years, audit quality and audit relevance have become focal points for both public and private companies. It’s more important than ever for the profession to remain vigilant and uphold excellence. That’s why I’m proud that the AICPA has developed another plan, a bigger and bolder one than ever before to make this happen.

About a year ago the AICPA announced its Enhancing Audit Quality (EAQ) initiative, publishing a discussion paper, Enhancing Audit Quality: Plans and Perspectives for the U.S. CPA Profession, for member and stakeholder feedback. The paper, released last summer, spelled out our strategic thinking on how to improve audit quality. We received more than 860 comments from various constituents, and with that feedback we developed our 6-Point Plan to Improve Audits. I summarize the highlights of the plan in this short video.

In the News: CPAs in the C-Suite See U.S. Economy Slumping

Business executives grew less confident about prospects for the U.S. economy over the past quarter. That’s according to the 2nd quarter Economic Outlook Survey, which polls AICPA members who serve as chief executive officers, chief financial officers and controllers. The survey found that while the majority (52 percent) of respondents still expressed optimism about the U.S. economy, there has been a significant slide in sentiment from the first quarter level of 68 percent.

The CPA Outlook Index -- a comprehensive gauge of executive sentiment within the AICPA survey -- fell two points in the second quarter to 72, the second consecutive drop. The index is a composite of nine, equally weighted survey measures set on a scale of 0 to 100, with 50 considered neutral and greater numbers signifying positive sentiment.

Continue reading "In the News: CPAs in the C-Suite See U.S. Economy Slumping" » 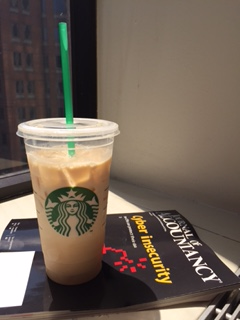 It’s 7:05am and I just popped into my local Starbucks for my regular morning fuel: a venti iced chai tea latte. At this hour, the only thing “green” I am looking for is the Starbucks logo on my coffee cup. However, if I pause to take a look around the coffee shop, I notice there are actually quite a number of “green” initiatives happening all around me. Trash cans are split down the middle with half designated for landfill and half for recycling, the wall is covered with options for reusable mugs and the cup in my hand has the recycling logo on it.

Starbucks, like many other dominant players in almost every industry, has taken significant steps to make its business model more sustainable and records these steps in its Global Responsibility Report. Unlike U.S. GAAP-directed financial statements, these reports—often called “sustainability reports” have limited guidelines for form or content. They can include nonfinancial factors ranging from environmental stewardship to employee health initiatives, community involvement and ethical sourcing in supply-chain practices.