16 free learning opportunities to take advantage of this summer 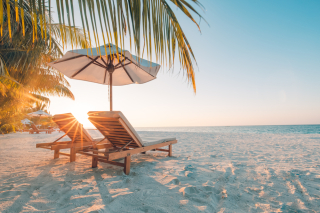 It’s summertime. The days are getting longer, the temperature is warming up and your most hectic time of year — workwise — is behind you. Congratulations! Now you can relax, at least a little. Summer is also the perfect time to hone your skills in preparation for fall busy season. We’ve assembled a handful of our favorite free resources to help you brush up on your skills and add a few new ones to your toolbox.

Search for that new service offering you’re passionate about. Once you find it, study up and absorb all there is to know about it. Home in and focus so you can really master it and add it to your suite of services. Here are some ideas to get started:

Straighten up: Ergonomic tips for spending hours at your desk 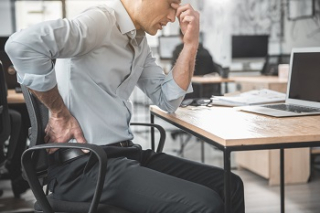 If you’re sitting at your desk while reading this blog post, it could wind up being a real pain in your neck.

Is your desk setup uncomfortable? Do you have a twinge in your back, neck, wrists or fingers? These aches and pains could be related to the way you’re sitting or the positioning of your office furniture.

Since it’s busy season, you’re spending some quality time (likely 60+ hours a week) at your desk. Why not make sure your setup is ergonomically sound? You can do this without difficulty. The investment will be well worth it, not only for your health but also for your overall well-being.

The goal is to create an environment where your body is in a neutral position that doesn’t cause added tension — you have enough mental strain as it is right now. And in case you were wondering, flopping down on your sofa with a laptop doesn’t qualify as ‘ergonomic.’ But below are some tips that are.

Continue reading "Straighten up: Ergonomic tips for spending hours at your desk" »

5 reasons to keep your procrastibaking habit during busy season 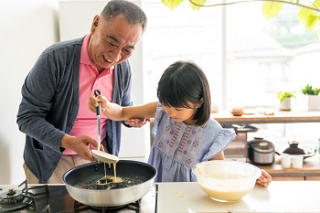 If you’ve been on Instagram lately, you’ve probably seen posts tagged with #procrastibaking. If you aren’t familiar with the term, to “procrastibake” is to put off doing something you have to do in favor of baking. The term was featured in a New York Times article back in May and has increased in popularity ever since. And it’s a pretty likable concept – if you are a fan of sweets and don’t mind getting your hands and your kitchen a little dirty.

Sometimes you just need a break, and as you delve deeper into busy season, you may find that periodic diversions help you get more done. But why spend this time baking?

5 tips for the best sleep of your life 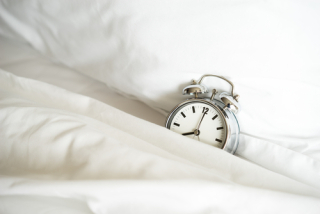 You know the feeling. You toss and turn and periodically look at the clock. Your mind is racing, thinking about the challenging conversation you had earlier in the day with a client as well as all of the tasks you have to get done in the morning. You are stressed. Because of this, you are having difficulty falling asleep. The next day when you arrive at the office, you are lethargic, irritable and definitely not your best self. Research indicates that sleep deprivation negatively impacts work productivity. Can this sleepless night routine be prevented? With these simple tips, you bet it can.

Continue reading "5 tips for the best sleep of your life" » 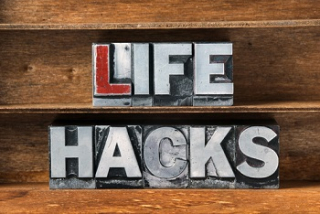 As a CPA at a small firm, you’re constantly charged with finding the most efficient ways to get everything done and stay organized. From tracking mileage to arranging the supplies on your desk, the following low- and high-tech life hacks can help you make the most of your workday – so you can dedicate more time to what’s going on with your clients and less time to what’s going on with your desk and office space.

21 Songs to Motivate You for the Busy Season Homestretch 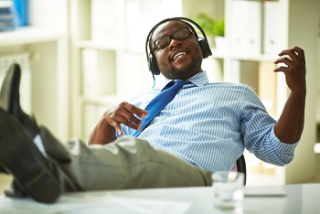 The end of March is here, which means that the end of busy season is just a few weeks away. Congratulations! You have accomplished a great deal so far.  I know it is easy to get discouraged at this point. You are likely feeling sleep-deprived and stressed about your looming deadlines. How will you ensure that you will finish this season strong? Maybe you stay motivated by thinking about the time you will have to catch up on your favorite shows, work out at the gym, or relax with family and friends once April 18 rolls around. Or maybe you push through to the end by turning up the music.

Whether you look for tunes with inspirational lyrics and catchy beats or songs that promote focus, there are numerous options out there, so why not create a motivational playlist?

Will You Accept This Rose? Determining Which Clients Stay and Which Go 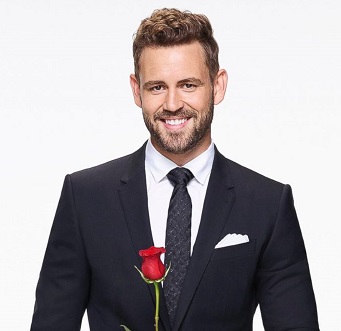 Tonight on The Bachelor, Nick Viall will presumably propose to one of two women in what the television network promises is the “most dramatic finale yet.” At the start of the season, 30 women were all vying for the bachelor’s attention in the hopes of becoming his fiancé. Each week, as part of the journey to find “the one”, he had the difficult, and sometimes awkward, task of sending women home during the rose ceremony. Even though Nick is a veteran of reality television dating shows (he was the runner-up on two seasons of The Bachelorette and also appeared on Bachelor in Paradise), he often expressed how challenging it is to say goodbye to the women.

Now I know that CPAs do not distribute roses to their clients that they wish to retain, however, like contestants on The Bachelor, practitioners often explain how “breaking up” with a client is far from easy. Luckily, the AICPA’s Private Companies Practice Section (PCPS) has tools to help with this process so that your client isn’t crying in the limo ride home.

Continue reading "Will You Accept This Rose? Determining Which Clients Stay and Which Go" »

8 Ways to Save Money at Lunchtime 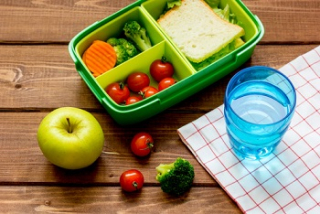 Lunch prices are getting out of control. For instance, working in midtown Manhattan, it is a challenge to find lunch for $10 or less. That amounts to spending approximately $50 a week or $2,600 a year. Consider how these funds could instead be used to help you reach your intermediate or long-term goals— such as buying a home or saving for retirement.

According to a recent study by research firm NDP Group, the average lunch costs $8.36 nationwide. Because of this, Americans are starting to change their lunchtime habits. In fact, the same study reported that traffic at eateries during lunchtime is down 7% since last year. Below are some tips to help you stick to a lunchtime budget regardless of whether you choose to make lunch, buy it already prepared or join the (shorter) line at the sandwich, salad, and soup place near your office.

Continue reading "8 Ways to Save Money at Lunchtime" »

What Do Super Bowl Commercials and CPA Marketing Have in Common? 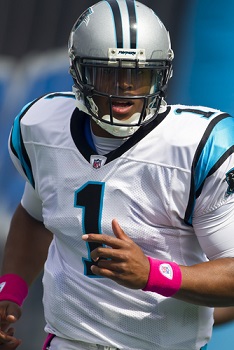 I don’t know about you, but my favorite part of the Super Bowl isn’t the first kickoff or the half-time show, it’s the commercials. They are known as being some of the best, and definitely the most expensive, in the industry. In fact, thirty second spots for Super Bowl 50 have sold for as much as $5 million apiece. Companies spend months developing commercials that will capture the audience’s attention during the game and be remembered long after the last touchdown. Brand recognition is key. However, what good is it if the viewer has a good laugh but can’t remember the product being promoted? This year’s ads are rumored to feature the likes of Christopher Walken, Alec Baldwin and Amy Schumer. Given that the Super Bowl is the most watched television event each year, it is no wonder that companies like Amazon, Budweiser and Doritos return with commercials time and time again.

The Super Bowl advertising phenomenon got me thinking about CPA marketing. Although CPA firms do not often have $5 million to spend on a thirty second commercial, there are several techniques firms can implement to raise awareness of the services they provide. In order to learn more about CPA marketing efforts, I spoke with two experts: Kari Schott from Inovautus Consulting and Brian Swanson from FlashPoint Marketing. Below are some tips on how to enhance your firm’s branding and marketing.

Personalized messaging is key. Some of the best Super Bowl commercials leave the viewer feeling as if they are being spoken to directly. Research has found that communicating 1:1 is more effective than communicating 1 to many. For CPAs, this might mean creating ads that speak to a specific audience, such as those placed in an industry association publication, and having personalized messages designed exclusively for that audience.

Continue reading "What Do Super Bowl Commercials and CPA Marketing Have in Common?" » At the start of each New Year, many people make resolutions and vow to stick to them. Some say that they will exercise more frequently or focus on dieting, but what about improving one’s finances? Team AICPA brainstormed some financial New Year’s resolutions to help you meet your 2016 financial goals:

1. Set an achievable budget for the year. Start by reviewing your expenses from last year. Were some of your targeted figures unrealistic? Are there areas where you can cut back? If you’ve never had a budget, now’s the time to make one.

2. Take a deep breath if your December credit card bill is higher than your monthly average. With all of the holiday shopping for family and friends, extravagant parties and meals at restaurants, a larger balance is typical. Remember to reflect on the enjoyment gained from these activities and take the time to plan your upcoming monthly budgets so that you are back on track for the rest of the year. If you really got yourself into an unfortunate financial situation, take time to assess how it happened and address the underlying issues that led you to overspend. Use the 360 Degrees of Financial Literacy credit card pay off calculator to figure out how best to get back on track.

CPAs Give Back This Veterans Day 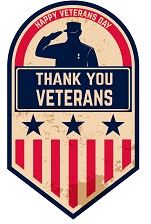 In this country, we owe a debt of gratitude to veterans. Each year, more than 180,000 service people exit the U.S. Armed Forces after their loyal service. As they return to civilian life, veterans can find financial advice, guidance on how to run a business and help planning for the future from local CPAs.

Since 2011, the AICPA has partnered with the mentoring and training organization, SCORE to connect veterans with CPAs across the country. Through the Veteran Fast Launch Initiative, CPAs have an opportunity to volunteer and provide up to five hours of free financial advice to veterans about starting or growing a business.

Continue reading "CPAs Give Back This Veterans Day" » 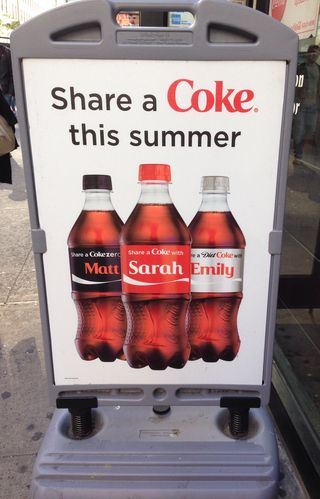 Personalized marketing is at work all around us. We see it every day, from personalized key chains and other souvenirs sold at tourist destinations to featured recommendations on Amazon.com, companies are tailoring products to make them more targeted and personalized.

This summer Coca-Cola launched its “Share a Coke” marketing campaign aimed at teens and Millennials. In an effort to personally connect with consumers, Coca-Cola replaced its iconic script logo with 250 of the most popular names of young people. Personalized labels could be found on 20 oz. bottles of Coke, Diet Coke and Coke Zero all summer long. Coca-Cola also encouraged customers to share their experiences on social media and many Coke enthusiasts responded by posting pictures with soda bottles bearing their names. In fact, during the first half of the campaign consumers shared more than 125,000 posts via social media networks. The Wall Street Journal reported that Coca-Cola soda sales in the U.S. increased by more than two percent following the launch of the campaign.

Why was the Share a Coke campaign so successful? Studies show that people prefer receiving customized messages rather than generic ones. Individualized communication signals that the consumer is unique and important. Like Coca-Cola, CPAs can take steps to personalize their marketing efforts.