Ever found yourself wondering why all the fuss over patent trolls? Aren’t patent holders entitled to invention protection and the right to license their discovery to others who manufacture and sell it? Of course. But, in a disturbing trend, many patent assertion entities – better known as patent trolls – are using litigation to wrongfully target end-users of such products.

If, for example, your office has a copier with a “scan to email” function, your company or employer could be at risk. As holders of vague patents, some PAEs have sent letters to small businesses, demanding approximately $1,000 per employee for the use of such scanners. The demand letter’s message: settle or be sued. Most choose to settle, primarily because of concerns about the cost of a defense. 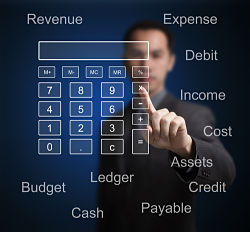 Humorist Art Buchwald once described tax reform as taking the taxes off things that have been taxed in the past and putting taxes on things that haven’t been taxed before. Buchwald’s amusing analysis notwithstanding, tax reform is an arduous task. There are a lot of moving parts being studied on Capitol Hill at the moment. And one part in particular is of great concern to the nation’s CPAs.

As Congress considers the most significant attempt at tax reform in almost 30 years, the House Ways and Means Committee has produced a small business tax reform discussion draft that focuses on simplifying the tax codes for small businesses, including individuals and passthrough entities. While supportive of the Committee’s efforts to simplify the tax code and responsiveness to taxpayer concerns that the code is too complex, the AICPA strongly opposes a proposed limitation on the use of the cash basis method (for the non-CPAs among us, the cash method recognizes revenue and expenses when cash is received or disbursed rather than when earned or incurred. It is simpler in application, has lower compliance costs, and does not require taxpayers to pay tax before receiving the income being taxed).

Tax Reform is Centerpiece of CPAs’ Advocacy on Capitol Hill 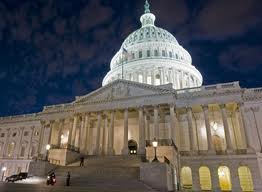 When more than 400 leaders of the CPA profession journeyed to Washington, D.C., to attend last month’s AICPA Spring Meeting of Council, visits to Capitol Hill to engage in advocacy of the profession’s legislative goals were a highlight of the agenda. To no one’s surprise, tax reform – which sits atop the list of the Institute’s legislative priorities – was a focal point of the visits.

The AICPA has a longstanding tradition of advocating for sound tax policy and assisting lawmakers on tax policy matters. The proliferation of new income tax provisions since the 1986 tax reform effort has led to complex compliance hurdles for taxpayers, administrative complexity and enforcement challenges for the Internal Revenue Service. The Institute has testified on tax reform before the House Ways & Means Committee and the Senate Finance Committee and submitted technical recommendations to five study groups whose findings will shape legislation expected later this year.