Even before the pandemic, digital transformation and new ways of working were significantly influencing the skills and capabilities finance teams need. The coronavirus pandemic accelerated that need as people and businesses sought digital experiences and solutions more than ever.

New Year's resolution fails: Cut yourself some slack and get on track 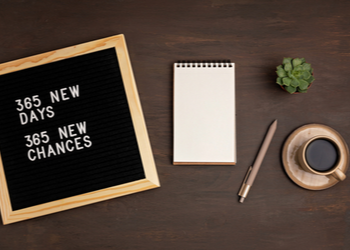 You made a New Year’s resolution: I will find that job that takes my career to the next level. Perhaps you want to earn that data analytics certificate since you keep hearing about the demand for data analytics skills and how data analytics is changing the profession. Or was your resolution to get through 2021 better than 2020 (fair enough)?

Now it’s March and you feel like a failure, at least on the New Year’s resolution front. Here are three steps to get back on track.

Continue reading "New Year's resolution fails: Cut yourself some slack and get on track" »

The most overlooked way leaders can relieve staff stress 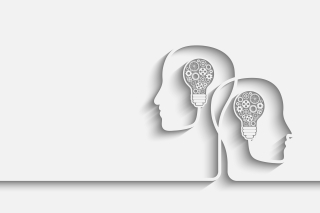 Most organizations are effectively helping their staffs cope during a time that has put even the strongest among us on edge. Some stress-relieving strategies include:

Job security is one of people’s top worries. According to a National Institute for Health Care Management Foundation study, 54% of Americans fear that they’ll lose their job because of the pandemic. Articles, studies, podcasts or white papers are published almost daily about how employees must learn new skills to remain employable in a world where industries are going through digital transformation. The accounting and finance profession is no exception. From conducting audits and safeguarding clients’ data to improving customers’ experiences, technology is altering how we work.

The learning journey and speed of change 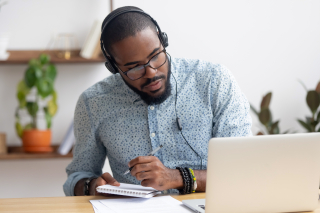 The COVID-19 crisis accelerated us into a new era of digital engagement — an era characterized by greater personalization and omnichannel access.

At the Association of International Certified Professional Accountants, we have a responsibility to the accounting and finance profession and to our members, and 42% of you have told us that you are unsure that you’ve adapted well to challenges resulting from COVID-19. We want to help, and in collaboration with our partner EY Seren, we present Human Signals: New patterns of behavior and the accounting profession. In this blog, we look at the second pillar of the report — the need for flexibility as we adapt and learn.

Continue reading "The learning journey and speed of change" »

3 ways to stay marketable during an economic downturn 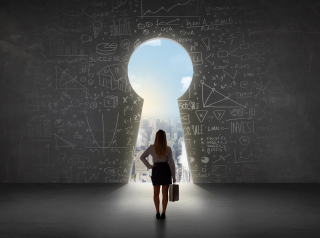 These are tough economic times, with unemployment levels at a record high. It’s an unsettling situation, but there are steps you can take today to future-proof your career. On a recent Go Beyond Disruption podcast, Beth Berk, recruiter for the finance and accounting profession; and Clar Rosso, the Association’s EVP of Engagement, Learning and Innovation; shared three things you can do to stay marketable during an economic downturn.

Continue reading "3 ways to stay marketable during an economic downturn" »

Posted by AICPA Communications at May 27, 2020 in Go beyond+ disruption, Learning | Permalink | Comments (0) 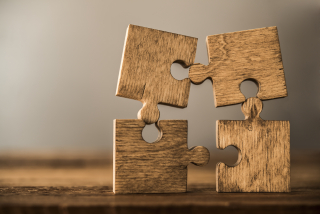 Healthcare and frontline workers have the daunting task of keeping communities safe, clean and fed. We salute them. Accountants and finance professionals have the responsibility to lead businesses through the economic recovery.

Small businesses are dealing with a multitude of COVID-related problems and are relying on your expert advice, including understanding the details and application process for the Paycheck Protection Program. In this podcast, experts untangle key parts of the application, and the Town Hall Series: CARES Act and Paycheck Protection Program offers up-to-the-minute news on PPP and the CARES Act.

Posted by AICPA Communications at May 06, 2020 in Culture, Learning | Permalink | Comments (0) 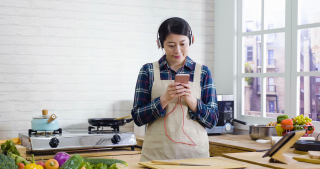 The coronavirus (COVID-19) pandemic has made an impact worldwide like generations of us have never seen. From how we buy groceries, the ways we socialize, school our children and work, our current normal is often virtual.

Suddenly, you’re working from home in your sweatpants (admit it) and holding meetings via videoconferencing. You might feel uncomfortable with the technology you’re now forced to use. The good news is you’re learning on the job. When life gets back to normal, many of you will have picked up a new technology skill or two that you’ll continue to use for work or even in your personal life. 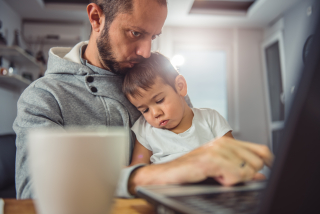 The coronavirus (COVID-19) pandemic is causing enormous consequences around the globe, and we know many of our members are experiencing uncertainty and concern for what’s next. The Association of International Certified Professional Accountants, the global voice of the AICPA and the Chartered Institute of Management Accountants (CIMA), is here to help you through these challenging times.

Your firms, organizations, clients and communities are depending on your expertise during this crisis. And it’s our job to make sure you have the help and information you need to manage through this pandemic.

We created the AICPA Coronavirus Resource Center to provide you with the latest news, resources, event information and guidance to help you advise your organizations, clients and customers. You’ll also find resources to help you and your staff better manage our new way of working. Bookmark the page and visit often for the latest updates on COVID-19 and new learning opportunities like these:

It’s not too late to resolve to improve 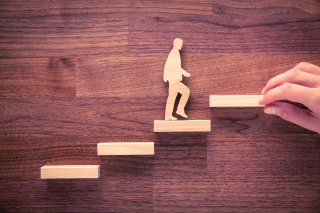 The first month of the year is over and, for several reasons, I’ve not committed to any goals in 2020. Has that happened to you? I always try to set goals around learning — one for fun and one to enhance my career. Let’s apply that adage, “It’s better late than never.”

The digital revolution has changed my communications profession. Dedication to learning is not optional. It’s mandatory for me to keep up. As a CPA, you are also in a constant race to outpace change. Technological developments fuel workplace changes and challenge you to stay on top of every skill set. To thrive in the digital era, you need to “unlearn” some old routines and develop some new (and unexpected) skills and competencies. Here are four resolutions every CPA should consider this year:

Continue reading "It’s not too late to resolve to improve" »

The world is your classroom: Build your 2019 learning plan in minutes 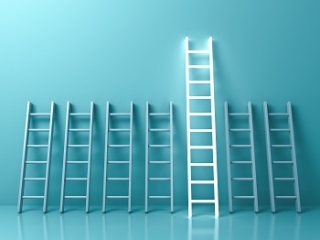 Okay. Admittedly, the punchline would probably make more sense if knockeruppers and powdermonkeys were still relevant professions today. But that’s kind of my point. Because this joke illustrates an imperative, timeless truth:

Lifelong learning is no joke.

Continue reading "The world is your classroom: Build your 2019 learning plan in minutes" »

Summer Jobs: More Than Money in Your Pocket 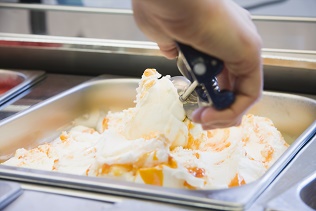 School’s out and many high schoolers and college students are taking summer jobs. Seasonal work can provide extra spending money for many teens or much needed funds for school expenses. But summer jobs aren’t just about earning a paycheck and learning how to manage the money you’ve made. These jobs provide valuable work experience and help youth develop professional skills and discover their talents. It’s an opportunity to take responsibility, learn time management skills and figure out how to get along with co-workers. Summer jobs also provide future employment references, mentorship and can even help teens succeed in school, according to Stanford researcher Jacob Leos Urbel.

Continue reading "Summer Jobs: More Than Money in Your Pocket" »

An Update on the Future of Learning from AICPA ENGAGE 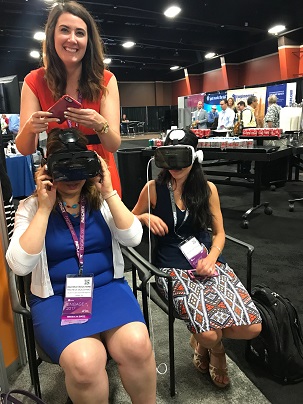 2017 is expected to be the year of virtual reality (VR), augmented reality (AR), artificial intelligence (AI) and digital assistants, according to Newsweek. Analysts at Gartner also included these technologies in their 10 Strategic Technology Trends for 2017.  It’s likely you are engaging with many of them already. Perhaps you have an Alexa device on your kitchen counter or you’ve asked Siri a question on your iPhone. If you’ve used Uber or Lift or clicked on a personalized Amazon recommendation, you’ve taken advantage of AI. But have you thought about how these emerging technologies will impact your learning and professional development?

The exhibit hall at AICPA ENGAGE has a plethora of tech demos including AR and VR. I stopped by to see what the AICPA Learning Design and Development team has been working on and got an opportunity to try their virtual reality and augmented reality experiences. This was my first time trying these immersive technologies, and I was eager to put on the VR headset to see what all the buzz was about.

Virtual reality (VR) gained popularity in gaming and is steadily moving into educational settings as the VR headwear becomes more affordable. My middle school-aged daughter has used Google Cardboard in her classroom, and VR is beginning to gain ground in professional development as well. The use of this technology engages multiple senses, which can help a learner retain new knowledge in a way that a text simply can’t. It makes it possible to interact with and manipulate content. VR also mitigates the distractions found in a traditional classroom and forces a student to focus. It is perfect for visual learners.

5 Ways to Develop Your Professional Skills Through Digital Learning 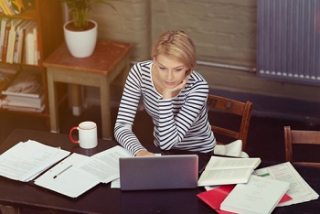 Disruption in the marketplace, changes to regulations, tax reform, technology advances and globalization make developing professional competencies more important than ever for CPAs. According to a recent Harvard Business Review article, “continuous and persistent learning isn’t merely a decision. It must become a habit. And as such, it requires careful cultivation.”

Ongoing skill development is critical for maintaining your professional relevance. You need to dedicate time to continue your competency development. But where do you start, and how do you fit it in to your schedule? Digital learning activities provide opportunities to incorporate learning into your daily life and offer flexibility that a traditional classroom can’t. Here are five digital learning activities to try: